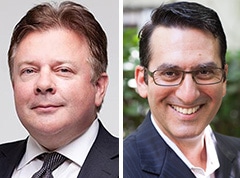 A major Indonesian newspaper recently carried an article that claimed the country’s investment scams were highly successful because of “low financial literacy” among the Indonesian population at large.

The article cited a report by a researcher at Prasetiya Mulya University who concluded that financial illiteracy was indeed a major factor in a large number of the country’s frauds. His paper also asserted that women were more vulnerable than men when it came to fraud schemes.

As a lawyer who specializes in the investigation of international fraud and asset recovery, I initially read the piece with some surprise.

My first response was skepticism about the connection between financial illiteracy and fraud. The claim about women was unlikely, as well as bordering on offensive, and something which would certainly trigger a lot of backlash if it were published in Canada, the U.K. or the U.S.

As I read on, however, I eventually grasped the context of Indonesian culture — men ordinarily hand over their salaries to their wives who then manage the household purse-strings. In this setting it’s hardly surprising that women are defrauded more often than men, simply because they are managing the family finances.

The research also concluded that financial literacy was not always in keeping with the victim’s education level. Now all was becoming clearer — this was neither intended as sexist nor as a slight against the Indonesian education system. Actually, the report affirmed what we have been saying for years — no matter how clever, experienced or sophisticated you are, everyone is vulnerable to becoming a victim of fraud.

The lack of correlation between a person’s education and their propensity to fall victim to a fraudster is all too familiar. Fraudsters are entrepreneurs. The types of fraud they perpetrate and the marketplaces in which they find success vary depending on their talents, skills and operating comfort zones.

Also, fraud is a relational crime. Potential victims — prospective marks — will be more susceptible to the persuasions or pressures of someone with whom they are familiar. It can be difficult to say “no” in such circumstances. People are often charmed or seduced by compelling elements which resonate as emotionally familiar. Everyone scans for certain cues regarding other people’s education or social station, but ultimately we can give over trust or suspend disbelief for reasons unconnected to rational thought.

We deal on a daily basis with clients who are savvy and well-educated. Our clientele are professional individuals who are university graduates and who have built up companies and businesses that transcend international boundaries. They are astute businesspeople who comfortably wield authority and whose backgrounds demand respect. However, none of them are necessarily immune to the silver-tongued fraudsters who weave tales of investment daring-do, and convince these marvelous businesspeople to part with their hard-earned funds.

Being a fraud victim is a trauma. It predictably triggers some common human responses — including embarrassment, shame, guilt and outrage — regardless of whether you’re a fund manager, trader, corporate CEO, high-flying investor or an Indonesian housewife.

In this, fraud and other cons are very different from crimes of force, not only in how they’re executed but in what it’s like for victims afterwards. The money-or-your-life scenario is a no-brainer when looking down the wrong end of a pistol. Law enforcement professionals always recommend acquiescence, not heroics, and everyone understands that you really have no choice but to hand over your valuables.

However, victims of fraud or some con inevitably end up playing a part in what happens. It’s a preventable crime which carries social stigma and accusations that you’re naive, greedy, witless or a gullible sap. Even if you’re none of those, shame, embarrassment and self-castigation for having been duped and fleeced are practically unavoidable.

I was once engaged to assist in designing and implementing an incident investigation and response plan at a privately held investment firm, following an internal fraud.

One day, several months in, colleagues from other partner firms and I were called into the massive oak-paneled board room. We listened as the billionaire CEO demanded we immediately step back from the matter. He said that he “felt in his gut” it was “unlikely” that there would be any recurrence. He “couldn’t be sure,” but “hoped and prayed” all would be well.

It was mystifying. Leaving our work unfinished would amplify his risks, not stabilize them. Why would the astronomically successful leader of a business renowned for surgically rational market calculations use hocus-pocus language? Why suddenly stop?

The answer — he was terrified.

He’d held his dread in check for a while, but it had become unbearable once he understood that regulators, law enforcement or others in his community might become privy. He had now convinced himself that if word got out about what had happened, his name and his firm’s reputation — both worth more to him than his vast wealth — would be irreparably tarnished. He would be seen as a failure.

It was an irrational and disproportionate reaction to the pain that one of his own would deceive and steal from him. But it was real too, fortified by understanding the stigma fraud victims face. Counter-intuitively, elite investors feel especially vulnerable. Mere mortals — desk traders and bank executives — could survive being duped. But the world expects people like him to know better, or to be infallible.

In the end, for him, at the pinnacle of his financial empire, the pain of being a victim was worse than the fraud itself.

Ultimately, the forces binding fraudster and victim together are more complicated than they appear — it’s never just about being greedy or hapless and it doesn’t matter if you’re male or female, well-educated or not. Anyone can be taken.

This perspective appeared to be backed up by Brig. Gen. Agung Setya, Indonesia’s Director for Extraordinary Economic Crimes at National Police’s Criminal Investigation Department (Bareskrim). According to Brig. Gen. Setya, “Even advanced investors who are supposed to have a better understanding of investments sometimes let themselves fall victim to illegal schemes as a result of greed.”

No matter how sophisticated you consider yourself to be in terms of investment and your business acumen, beware: fraudsters will still target you regardless of your IQ.