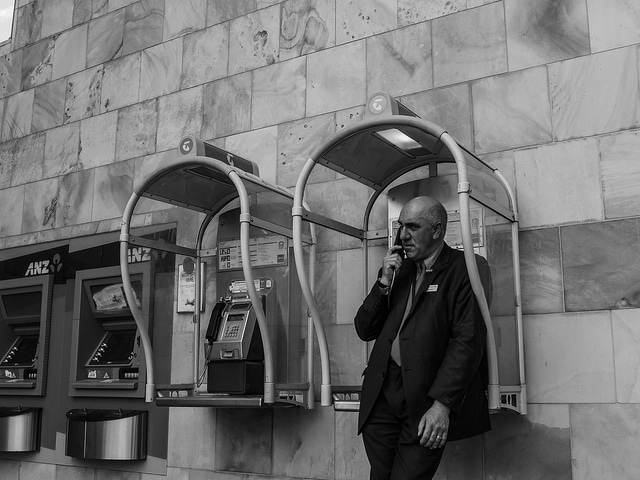 How Criminals Disappear
Over the past several years newspaper headlines and television news media have been inundated with stories of investment advisors who have fleeced their clients out of millions of dollars and vanished into thin air. During radio and television interviews, this question always comes up, “How do people just vanish?” This seemingly new phenomenon is not a new occurrence at all; in fact, it has been around since the creation of the monetary system. It seems that the issues normally depicted in Hollywood movies have now taken center stage directly affecting many unsuspecting victims whose life savings are lost to professional con men.

So, How Do People “Just Vanish”?
The process for successfully vanishing under the radar is one that must be methodical and detail-oriented, often involving months and even years of psychological and logistical planning. Like a recipe, leaving out any of the key ingredients, will leave nothing but a bad taste in your mouth.

Psychological Preparation
Psychological preparation is the first and most difficult step. A decision must be made that once the disappearing act is put into effect he (Joseph Smith will be our fictional magician) can never look back. He must abandon his old life and identity and start a new one. Joseph Smith the shammed investment advisor will disappear into the mist and re-emerge as Jonathan Green the wealthy entrepreneur. This decision may be easy for some and difficult for others. Mr. Smith has to also come to grips with the fact that he can never return home again. He can never call his friends and family, especially not on birthdays, anniversaries or holidays. Never attend his daughter’s wedding or be there for the birth of his grandchildren. Breaking any one of these rules will almost certainly lead to his capture.

Logistical Preparation
If Mr. Smith has accepted the psychological challenges, then he can move on to prepare logistically to ensure he can live the remainder of his days on his stolen money. Since no one will be suspecting Mr. Smith of any criminal activity prior to his disappearance he has plenty of time to funnel money into offshore accounts most likely to countries that have not signed the Mutual Legal Assistance Treaty or MLAT with his home country. MLAT is an agreement between two foreign countries for the purpose of gathering and exchanging information in an effort to enforce criminal laws.

A Name By Any Other
As his victim’s money is being wired outside the country Joseph realizes that to increase his chances of a successful getaway, creating a new existence for himself is a must. How does one change their identity without attracting attention?

D-Day
07:30 – Joseph has breakfast with his wife as he normally does. He lets her know that he won’t be home for supper due to his weekly Tuesday night meetings.

08:30 – As he gets into his BMW he calls the office letting his secretary know that he will be meeting with clients all day outside the office.

09:15 – He drives directly to the airport and gets on a flight to Mexico.

11:45 – Joseph arrives in Mexico he discards his cell phone, credit cards, passport and any other documents linking him to his old identity. He can never use them again. He goes to his airport locker picks up his new Jonathan Green identity, buys a two-way ticket (not to arouse suspicion), with cash and travels to Belize that does not have a MLAT agreement with his home country.

15:30 – Upon his arrival he visits the first bank where he funneled a portion of the money and makes a withdrawal. In the course of a business day he has made his escape and no one is the least bit suspicious.

23:55 – That night his wife calls the authorities to report Joseph missing. Since there are no signs of foul play or criminal activity he has days before the police will begin looking for him. By that time Jonathan Green could be in his 5th country using several different identities. All the authorities know at this time is that he took a flight to Mexico and vanished.

How They Get Caught
Only a very small percentage of those who vanish and that are wanted by authorities ever disappear for good. More and more countries are quickly moving towards becoming a cashless society which means that more and more transactions can be traced making disappearing a lot more challenging, but certainly not impossible.

The most common reason for getting caught is the breaking of one or more of the aforementioned rules. One is all it takes.

After nearly a year, Joseph is living in paradise off his stolen millions, which have bought him a beautiful beachfront home equipped with his very own cook and maid. He enjoys his days on his private white sandy beach and warm turquoise water. Joseph’s feeling pretty untouchable at this point thinking, if they haven’t caught him yet they never will. Missing his wife he decides that one phone call back home to invite his wife to meet him in Cancun for a week to “explain” everything couldn’t hurt. The authorities back home, keeping track of all phone calls made to his wife’s phone, noticed a phone call from Central America and that the very next day his wife booked one ticket to beautiful Cancun, Mexico.

Authorities setup surveillance on his wife and guess what happens next?