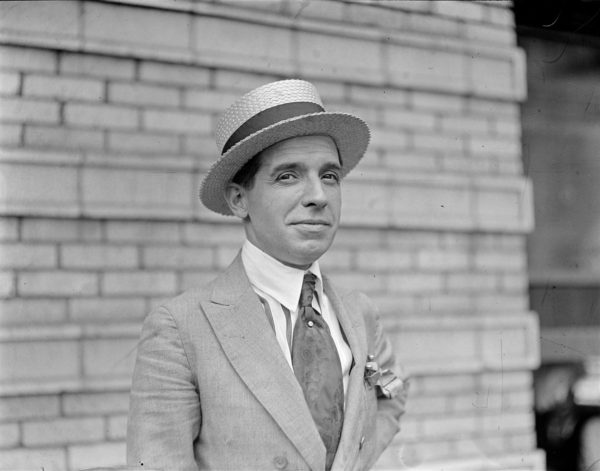 History of Charles Ponzi and His Scheme

The term Ponzi Scheme was brought to the forefront in 2009 when Bernie Madoff admitted to committing the largest fraud in U.S. history and sentence to 150 years in prison for stealing $65 billion from thousands of investors.

In Canada, Earl Jones plead guilty in 2010 to running a Ponzi scheme fleecing investors of an estimated $51 million dollars. He was sentenced to 11 years but released after four years.

Origins of the name

The Ponzi Scheme is named after a con artist who lived in the early 20th century. Although the Ponzi scheme carries his name many had used the scheme prior to Ponzi and many continue to use it today to defraud their victims out of their money.

Carlo Ponzi, an Italian born immigrant arrived in Boston in 1903. Ponzi had gambled away most of his money on the ship coming over to the U.S.

“I landed in this country with $2.50 in cash and $1 million in hopes, and those hopes never left me.” – Carlo Ponzi


Four years after arriving in the U.S. Ponzi moved to Montreal where he found a job as a bank teller. After he lost his job he was arrested for forging a cheque and sentence to 3 years in a Canadian prison.

Upon his release from jail he was arrested again for trying to smuggle Italians into the United States. He received 2 years in an Atlanta prison.

Once released from prison he returned to Boston, got married in 1918, and seemed to settle down, at least for the time being.

Ponzi eventually came up with a scheme involving buying discounted postal reply coupons from other countries and selling them in the U.S. for a profit. Using agents in other countries Ponzi managed to make over 400% on sales.

Wanting to expand his enterprise he began looking for people willing to invest. He offered ridiculous returns of 50% in 45 days, or 100% in 90 days. Ponzi would use money from new investors to pay the high returns promised to older investors. As long as Ponzi was able to continue finding new investors he could keep the scam going. He managed to do so for well over a year.

“A Ponzi scheme is an investment fraud that involves the payment of purported returns to existing investors from funds contributed by new investors.”

In 1920, his scam began to unravel when The Boston Post began to question Ponzi’s high returns. This began a chain reaction of investors beginning to pull their money resulting in his arrest on August 12, 1920.

He was charged with 86 counts of fraud, cheating his victims out of $20 million ($225 million in present day dollars).  Ponzi received 5 years in federal prison and was charged again after being released and received an additional 9-year sentence.

In 1934, Ponzi was released from prison and a few months later deported to Italy.

On January 18, 1949, at the age of 66, almost completely blind and paralyzed on his right side, Carlo Ponzi died alone and penniless in a charity hospital in Rio de Janeiro, Brazil.

Unfortunately, in most Ponzi scheme cases, by the time authorities move in to make arrests, the money is all but gone. Spent on luxury homes, exotic cars and lavish vacations.

Here are some great resources to prevent you from falling victim;

If you are aware of an investment opportunity that might be a Ponzi scheme, please report it: