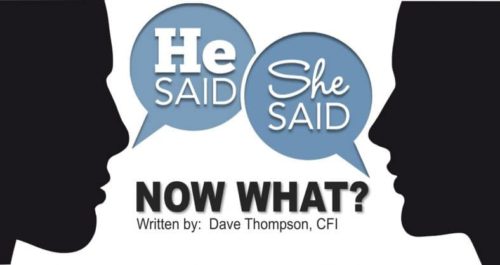 The daunting task of investigating a harassment claim is one that is faced by many human resources and employee relations professionals on a daily basis.  The difficulties with these types of investigations are countless and include the lack of evidence, reliance on hearsay and emotional impact on all of those involved.  However, as highlighted by the former Fox News Anchor Gretchen Carlson in her interview with Amy Robach on ABC’s “20/20”, the issues surrounding these investigations are much more complicated than those listed above.

Is it being reported?

One of the major issues called out by Carlson, that unfortunately is echoed by many employees is the difficulty for an employee to report any type of uncomfortable behavior or hostile work environment.  A study published by Huffington Post in 2015 stated that 71% of female employees did not report some form of sexual harassment at work.  This troubling figure means almost 3 out of every 4 incidents of harassment go unreported and thereby uninvestigated.

There are a variety of potential reasons to explain the significant under-reporting, all of which should be taken into consideration when developing a reporting protocol and investigative strategy.  One common reason for an incident to go unreported is the victim’s fear of being disbelieved or blamed for the occurrence taking place.  The initial reaction by the investigator, or the ensuing conversation, may give the victim the perception that what occurred is their fault.  Another common fear for the victim is retaliation, which could range from further harassment, loss of employment, personal embarrassment to loss of promotion ability and reputation.  As the investigator it’s also important to understand the victim may not want to report the incident because they are embarrassed both personally and professionally.  Imagine the situation from their perspective; discussing unpleasant, personal details in a professional environment.  This is not an easy conversation or disclosure to make as a victim, and therefore it is essential for the investigator to be empathic and provide a secure environment.

Lastly, an ever increasing problem is the bystander effect in which multiple people are exposed to an incident but each individual assumes the other colleague will report what has happened.  In actuality, when all witnesses or victims rely on somebody else to stand up and report what happened, nobody does and the situation progresses.

How are you investigating?

If we’ve made it to this step, thankfully the incident has been reported, however a difficult task for any investigator is preparing for what to do next.  Often times a mishandled investigation only increases the reasons for future victims not to report incidents of harassment.  Violating confidentiality, lack of due diligence, ignoring retaliation claims or showing disbelief towards the victim are not only detrimental to the current investigation but will have long lasting effects on the culture within the organization.

In most cases there should be an interview with the victim to gather all necessary facts.  A cognitive interview approach is typically most appropriate in this conversation allowing the subject to provide an untainted version of their story.  This allows the victim to discuss their perspective without a reaction from the investigator that would indicate any bias or doubt, as well as provide them an uninterrupted stream of memory recall of the incident.  If conducting a thorough fact-finding or cognitive interview, the investigator should then ask clarifying expansion and echo questions to obtain as many details as possible.  Echo questions are essential as each individual may define words differently.  For example, if the subject stated “John hit me in the arm”, the word “hit” may be understood differently.  A proper use of the echo question, “He ‘hit’ you?” will allow the subject to define their interpretation.  This interview should be closed out per company protocol but, in general, topics related to confidentiality, retaliation and allowing the subject to understand the investigative process should also occur.  Promises shouldn’t be made, other than the indication that claims are investigated fully.

Based on the specifics of the case, a strategic flow of the investigation should be prepared.  Taking in appropriate partners from human resources, legal, operations or other divisions to ensure the organization is prepared for any potential outcomes of the case.  Interviewing witnesses should typically be conducted in a similar manner to the victim interview utilizing the cognitive approach and gathering as much information as possible.  It is important for investigators to understand that each person may view a situation differently which does not necessarily mean they are being deceptive.  Each individual may have a different threshold or tolerance for their definition of harassment or inappropriate behavior.

Once all the facts are gathered, investigators should attempt to obtain any evidence that corroborates or even disproves allegations that were made.  Emails, transcripts, video surveillance or any other evidence to support the facts will be a significant help to the interviewer and ultimately the decision maker.

With a more thorough understanding of the scope of the investigation, interviewers should partner with their team prior to interviewing the accused.  Understanding the potential outcomes of the conversation, creating a contingency plan and knowing what specific allegations need to be addressed is part of this strategic process.  Typically, a non-confrontational, rapport-based interview approach is the most efficient and ethical way to obtain the truth from the accused subject.  The WZ Non-Confrontational Method is an approach often used by investigators to afford subjects the opportunity to disclose their involvement in these acts.  Oftentimes this approach may be combined with the cognitive interview or the participatory interview if the goal is to obtain more information from the subject.

Lastly, it is essential that any confession from the alleged is investigated and corroborated.  These types of investigations are often fueled with emotion and sometimes unintentionally create a confirmation bias in the interviewer who is attempting to seek closure on behalf of the victim.

Can you make a difference?

First and foremost, we need to reflect on the how many investigations go unfounded or unreported and then attempt to understand the reasons why this is occurring.  Review of your organization’s reporting policy and structure is a good initial step in addressing the problem.  Ensure there is an environment where victims or witnesses can report incidents with limited exposure or embarrassment while allowing them to be understood and heard is essential.  Attempting to break through the bystander effect by creating awareness programs which allow for ease of reporting may afford more individuals the opportunity to disclose sensitive information.

Showing empathy and understanding from the reporting process through the investigation and afterwards is essential to maintain a positive culture and provides courage and support to employees that may find themselves in an uncomfortable situation.  Although these investigations may go unfounded due to the lack of evidence, employees need to be able to rely on their partners to thoroughly and ethically examine each claim.

Although an investigation may start with a “he said” or “she said” ambiguous complaint, taking the proper steps will allow the interviewer to clarify the hearsay and identify the truth.

Posted in All, Private Investigations